On this day, back in March 22nd, 2007, the Open Source CMS Summit that I helped organize was taking place in Sunnyvale at the Yahoo campus. While we had some participation from other communities, the core of it was the Drupal community I was part of. 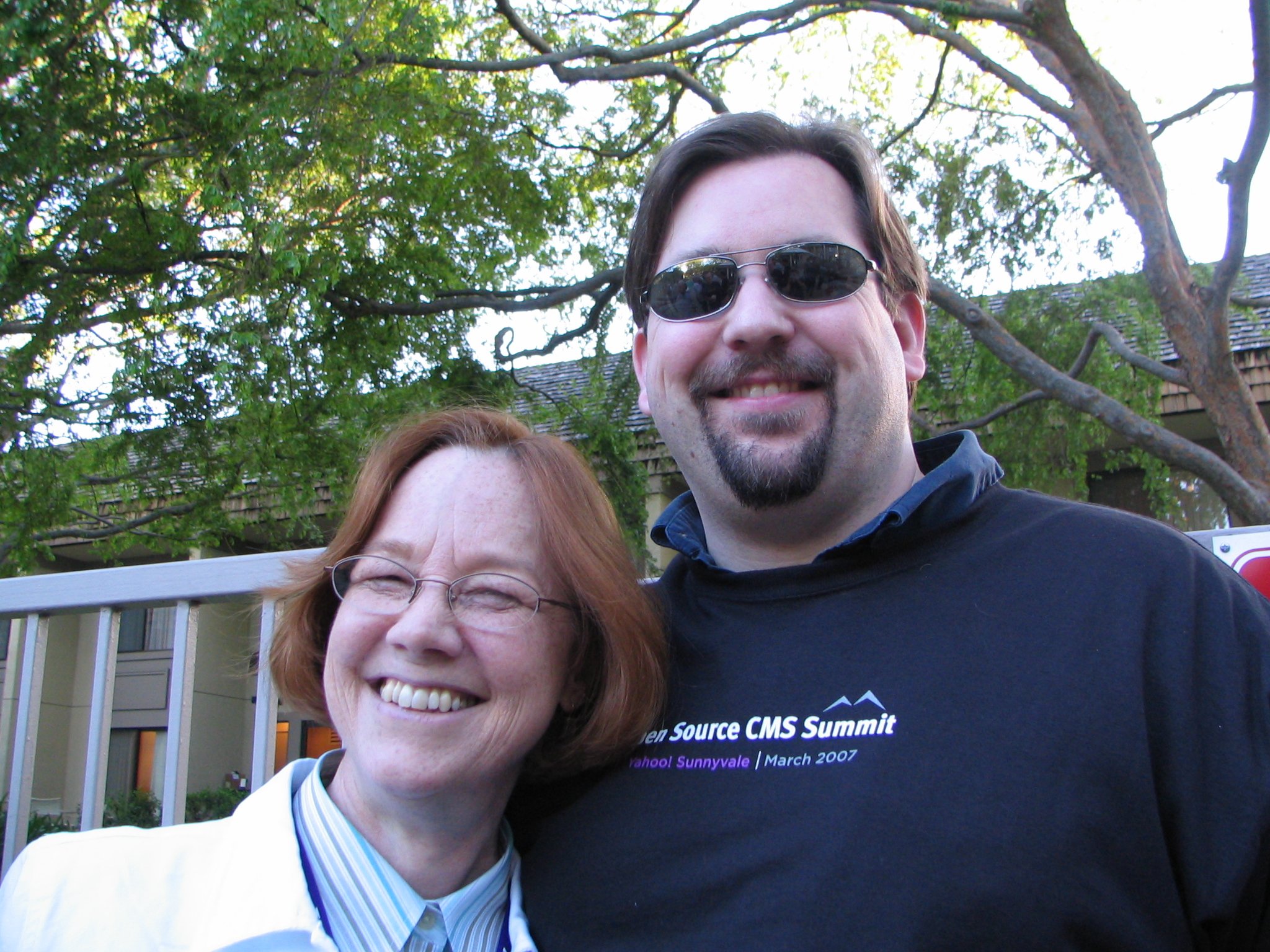 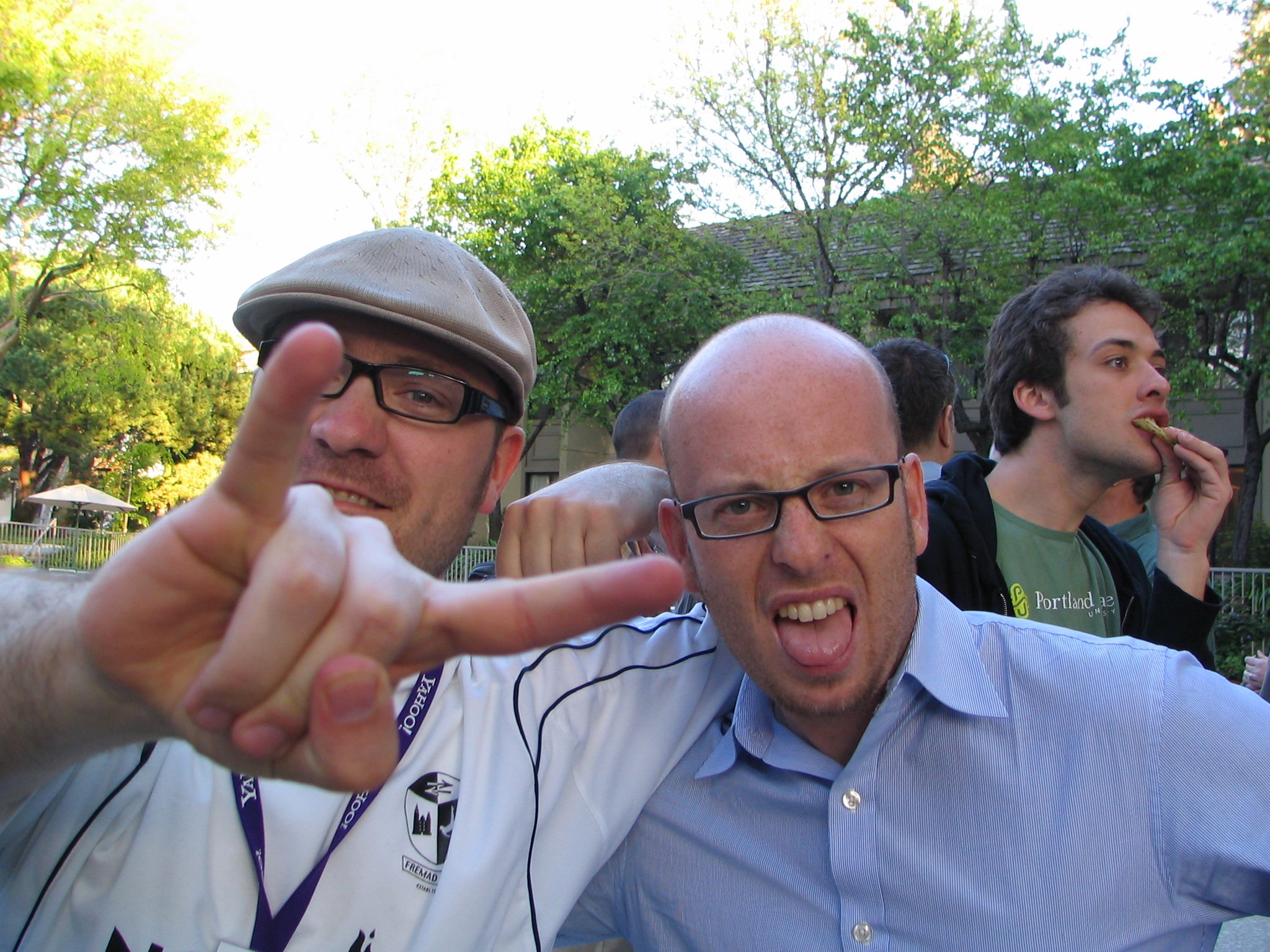 me with crazy hair and @jlambert 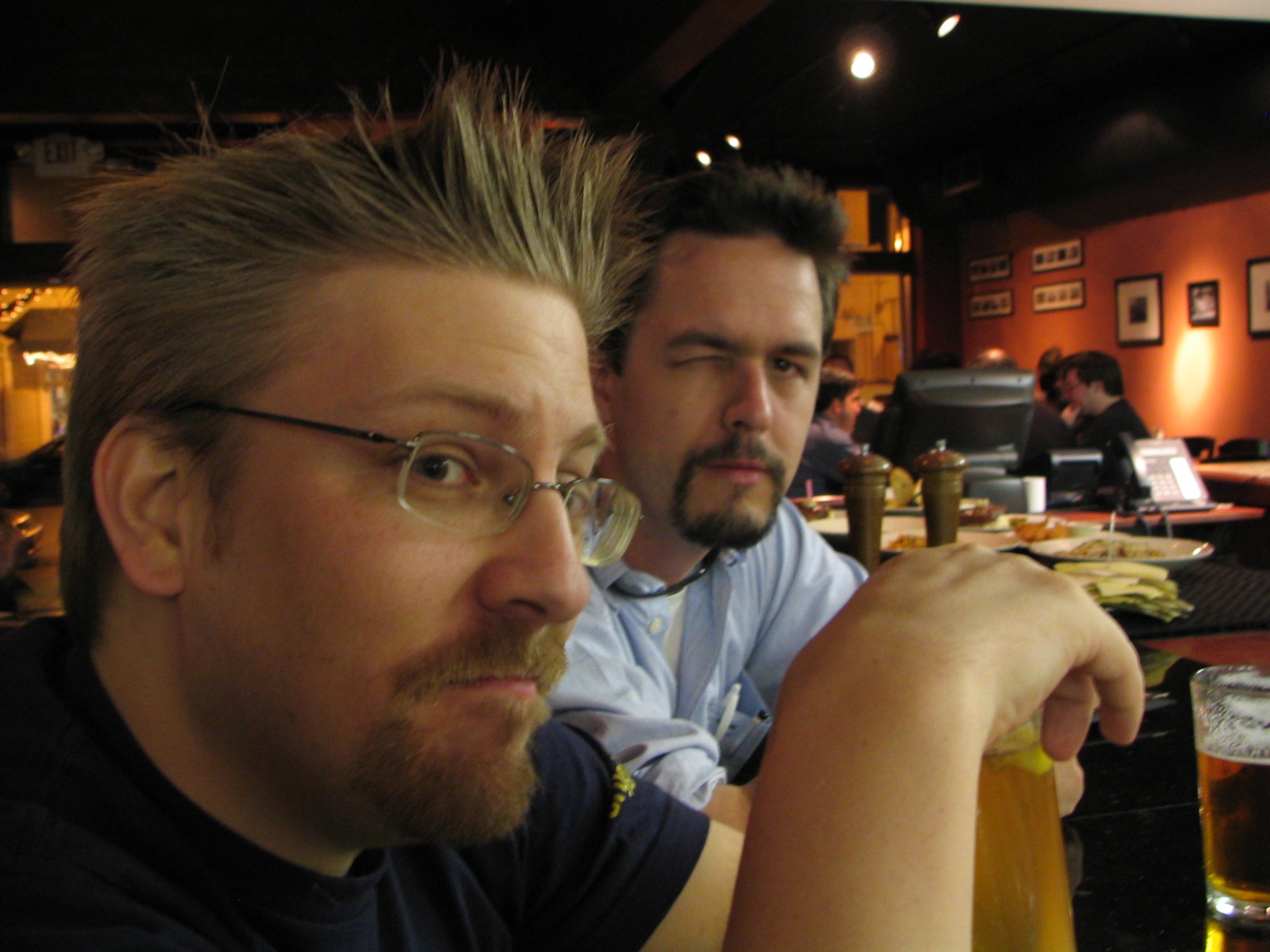 @termie, “in those halcyon days when he could still process dairy” 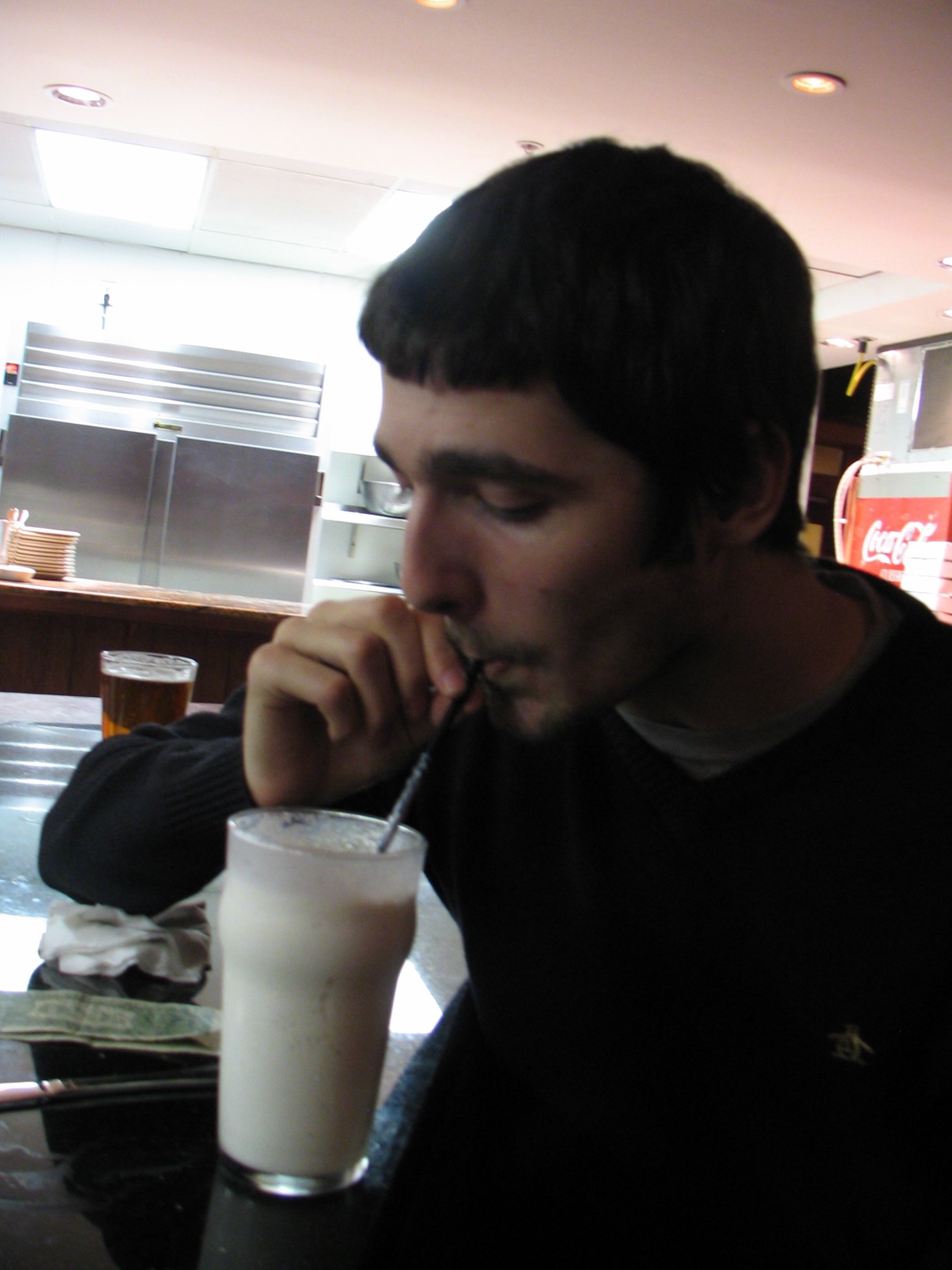 Bonus after party picture of @mortendk, thanks to @lhawthorn’s trunk. I think this later in the week or at least after midnight :) 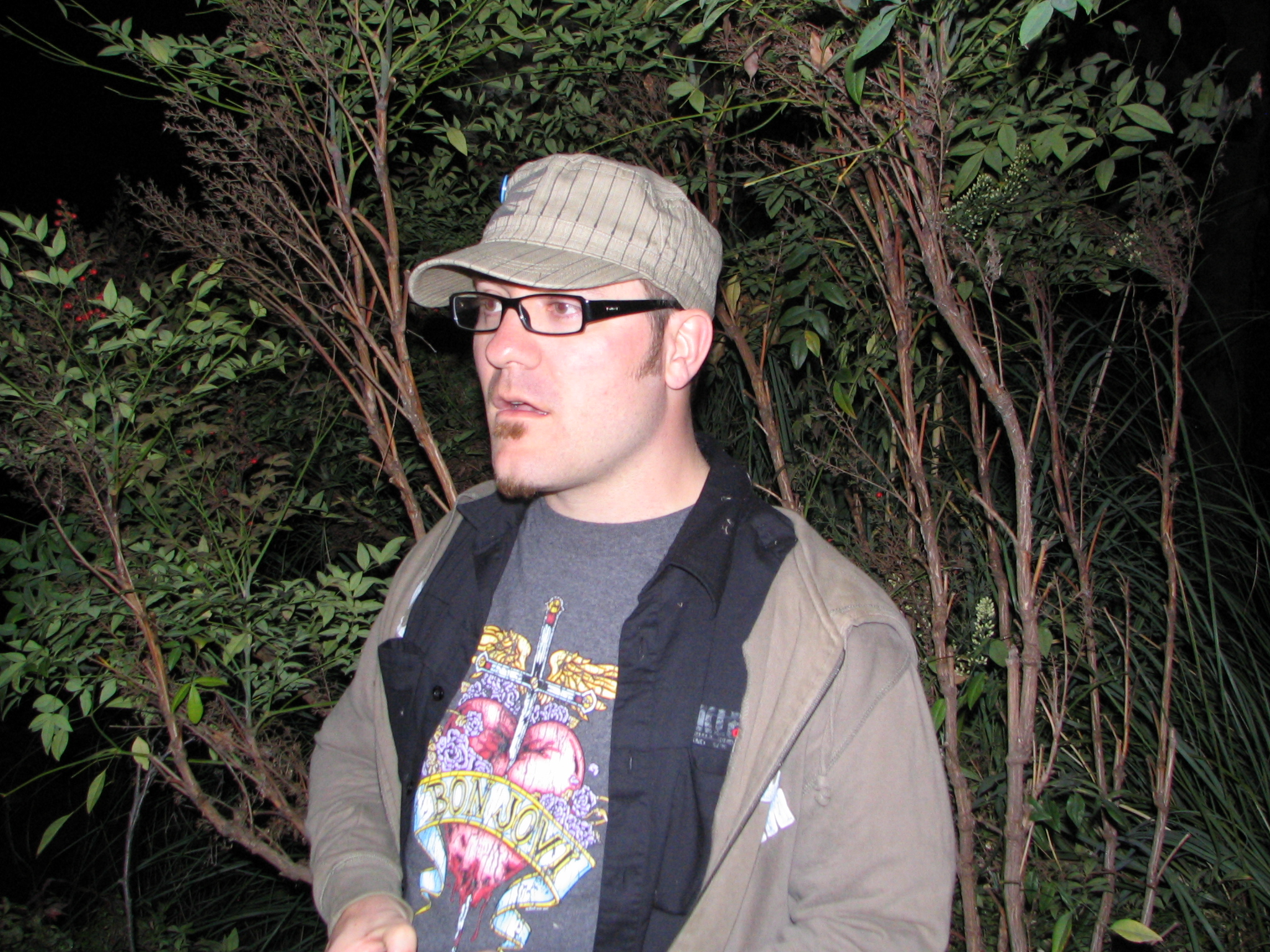 This was a tough time for me. I had a lot of different things going on. I didn’t do a good job of delegating or asking for help, and organizing this event pretty much burnt me out. I never really recovered, and I think it was the last Drupal event I organized.

Dries’ announcement post, just a month and a half before the conference date. Hence the burn out. Dries also has a great photo archive from the event. Mainly photos of many lovely community members.

Acquia was founded at OSCMS:

In March of 2007, I flew from Belgium to California to attend Yahoo’s Open Source CMS Summit, where I also helped host DrupalCon Sunnyvale. It was at DrupalCon Sunnyvale where Jay first introduced himself to me. He explained that he was interested in building a company that could provide enterprise organizations supplementary services and support for a number of open source projects, including Drupal and Apache Solr. Initially, I was hesitant to meet with Jay. I was focused on getting Drupal 5 released, and I wasn’t ready to start a company until I finished my PhD. Eventually I agreed to breakfast. Acquia’s First Decade Founding Story

Walkah was there and gave a talk on OpenID. Apparently we were calling this part of the Identity 2.0 movement.

No links I can find right now, but I remember @kellan came in from the city and gave a talk about the Flickr API. He was with @stewart and friends at the Yahoo Brickhouse innovation lab.

Dries Buytaert sent an email to core contributors in August 2010 asking what we though Drupal would look like if it was 10x bigger: I’m...

Octopress all the things

Dries recently wrote about funding a code sprint for Fields in core. Acquia is committed to funding various bits and pieces and supportin...